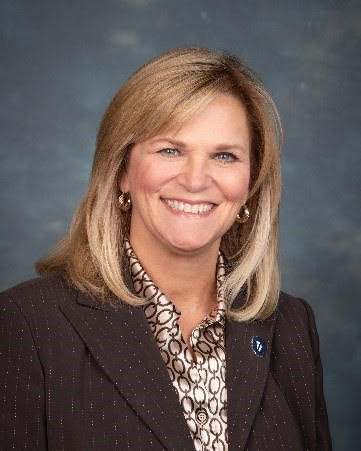 A passionate public servant with more than 23 years of service, newly retired Deputy County Executive of Macomb County Pam Lavers always wanted to work for government. Hand-picked in 2011 by newly elected Macomb County Executive Mark Hackel, Lavers helped to set up his office from scratch, as he was the first person to hold that position. During her tenure, she was responsible for leading community relations, arts and cultural affairs, as well as day-to-day operations for the County. However, she is most proud of the formation of OneMacomb, an initiative she was instrumental in creating, which focused on making the county a more welcoming and inclusive community.

It all started in 2012 with the New Macomb County report prepared in partnership with the Macomb County Executive Office, in conjunction with Macomb Community College and Data Driven Detroit. The report highlighted a profound shift in the community’s demographics. “From that report, we learned about our international immigration, racial and ethnic population changes and language diversity in our schools. It was clear we needed to be proactive and take immediate action,” says Pam. “That’s when we created the OneMacomb initiative as a priority for the County.”

With Lavers leading the team, OneMacomb focused on three areas: Promote multiculturalism, strengthen the economy, and identify and implement multicultural best practices. Using this as a guide, and armed with a small $8,000 budget, Lavers and the team got to work. They met with department heads to see what needed to be changed. They looked both internally and externally, as they worked to become more inclusive. “We examined everything including our hiring practices, and how we delivered services. We gradually started to change our way of doing business,” she said. The county started printing forms in other languages. Their job postings added bilingual preferred. They brought in diversity training for all employees, all with the goal of looking for people who more closely mirrored the community.

In 2016, supported financially by their community partners, OneMacomb was awarded a Gateways for Growth Challenge grant from New American Economy and formed MacombActive Cultural Togetherness (MacombACT) to develop a multi-sector plan for welcoming and integrating immigrants and multi-cultures into local communities. The organization’s mission is to promote healthy dialogue and serve as a forum for discussion on all matters relating to the enhancement of diversity and inclusion within the county.

“In my position with the county, I felt I was able to use my position to make things happen. I was able to provide connections to people in the community.” Since her retirement, she has not been a part of the day-to-day activities of OneMacomb, but she is still involved with the nonprofit organization. “I am still connecting people,” she says. “I’m always trying to bring people together to create opportunities for those that might not have them.”

In recognition of Pam’s work with OneMacomb and its continued success, Global Detroit will recognize her with the 2019 Global Detroit Champion award at Tapestry, our annual celebration.

Pam says it feels good to be receiving the Global Detroit Champion Award. “It’s rewarding to see that OneMacomb is still recognized, and that they still continue to do the work. Today, OneMacomb is going strong, and now we have MacombACT and Friends of Macomb. I am proud that this important work is continuing, since my departure. Someone asked me once what was my biggest success. I said it was OneMacomb.”