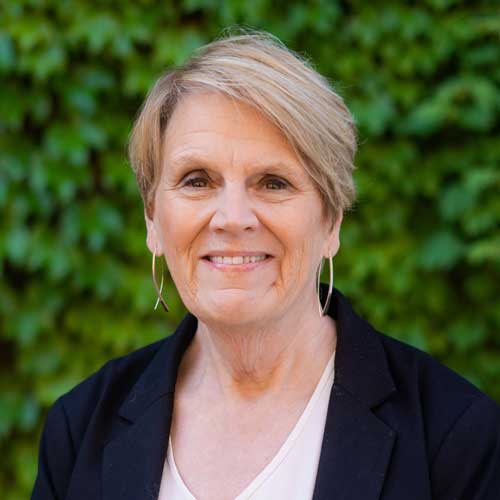 Kate has been with Global Detroit since the launch of the Global Detroit Study in 2010, laying the groundwork for the Welcome Mat, an online resource connecting immigrants to resource providers. Today, she works with the Global Talent Retention Initiative and organizes Tapestry, Global Detroit’s annual celebration. As an Emmy-winning ad executive, Kate has worked as an account executive at the Turgeon Group and as both senior vice president and president at P.S. Abrams. Kate has served on numerous boards including Southwest Housing Solutions, Life Directions, Women in Communications, and Marketing and Sales Executives of Detroit. She also performs throughout Metro Detroit as a jazz vocalist. 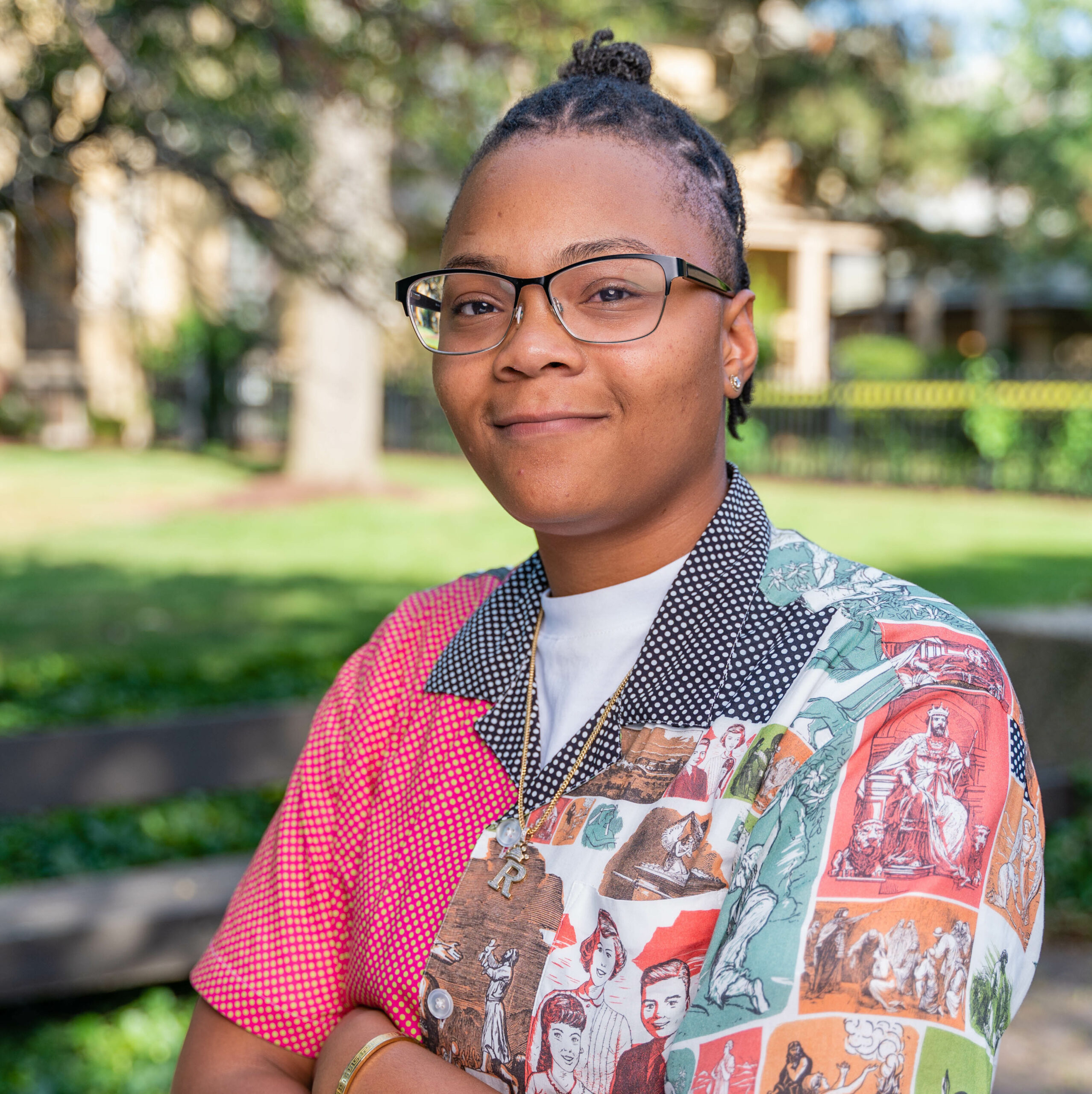 Destine Brown is the Social Cohesion Project Manager at Global Detroit. She is from New York City, but spent the last three years in Baltimore, Maryland as a Special Education Teacher, where she also earned her Masters from The Johns Hopkins University School of Education. Destine is also the Community Outreach Coordinator for Da Cypher BK. She loves music and like to describe herself as a youth activist and creative problem solver. 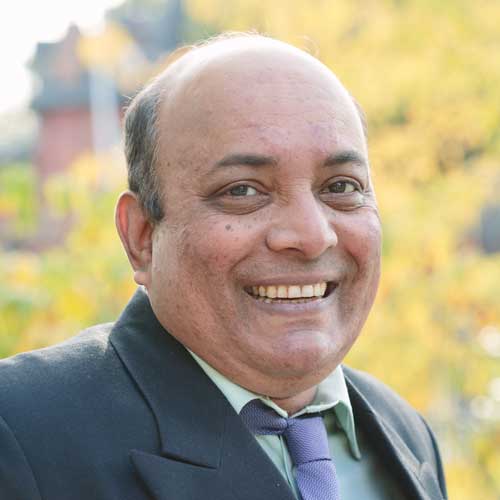 Rezaul anchors Global Detroit’s work in the Banglatown neighborhood of Detroit/Hamtramck, connecting fellow Bangladeshi immigrants, as well as other residents and business owners, to the resources and opportunities that will help them thrive. Rezaul is the cofounder of Hamtramck Residents Forum, an organization that aims to develop unity among different ethnic groups and promote civic awareness among the residents of Hamtramck. He enjoys playing soccer and spending time with children while telling them stories. 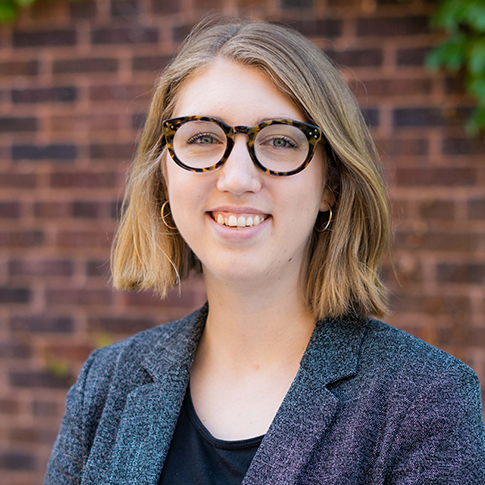 Emma engages community members and stakeholders in initiatives focused on financial mobility, homeownership and entrepreneurship in East Davison Village, Banglatown and Southwest Detroit, ensuring that immigrants and long-time Detroiters have a voice in the planning processes that impact their communities. Emma has previous experience working with refugees and international students in Metro Detroit and Lansing. Before joining Global Detroit, Emma worked internationally with the Peace Corps in Mongolia as a community development specialist and English teacher. She graduated from Michigan State University with a BA in Comparative Cultures and Politics. In her free time, Emma enjoys playing in a weekly basketball league, learning new languages, reading and painting. 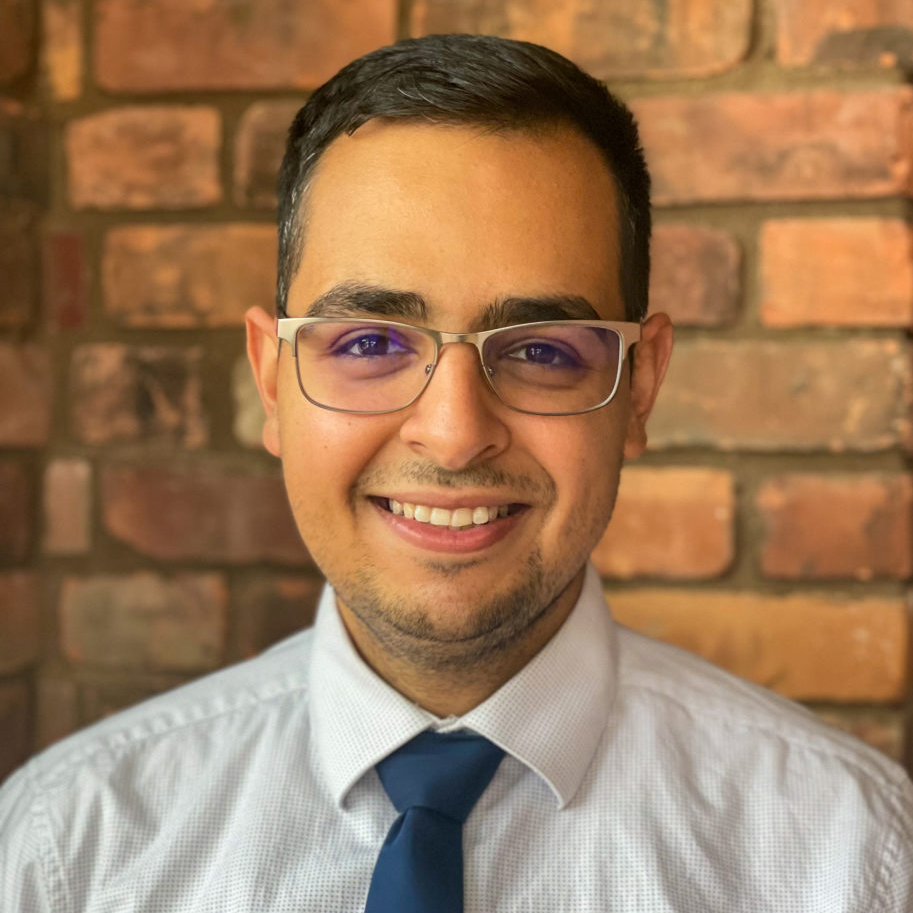 Tariq leads the strategic planning and tactical design for Global Detroit’s Opportunity Neighborhoods program. He works with the neighborhoods’ team to expand the program in the community by focusing on economic stability and creating a support system for entrepreneurs of diverse backgrounds, and improve the financial resources to sustain growth and investments. Before joining Global Detroit, Tariq worked on operation management projects, non-profit consultations, disaster response and emergency management. He enjoys playing chess, attending classical music concerts and learning about astrophysics. 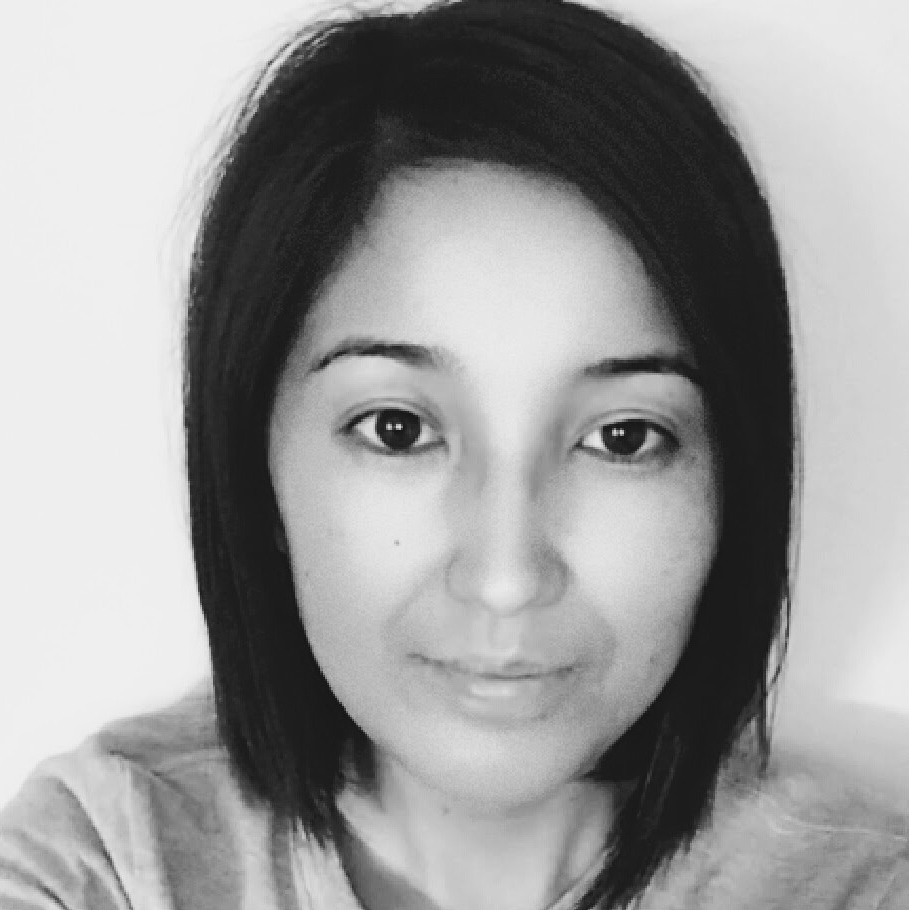 Aijan is passionate about building original solutions, tackling challenges, and executing on new ideas and projects. At Global Detroit, she is growing a National Peer Network for Global EIR programs, aimed to provide an immigration pathway to tech and science international founders launching high growth companies in the US. Prior joining Global Detroit, she led the inaugural Global EIR program in the country, hosted at the Venture Development Center, UMass Boston. Since its launch in 2014, the Venture Development Center program supported more than 80 entrepreneurs who raised $1 billion in funding and created over 2,500 job opportunities, in Massachusetts. Originally from Kyrgyzstan, Aijan is currently pursuing her law degree at New England Law Boston, interested in IP strategy, startup law and innovation. 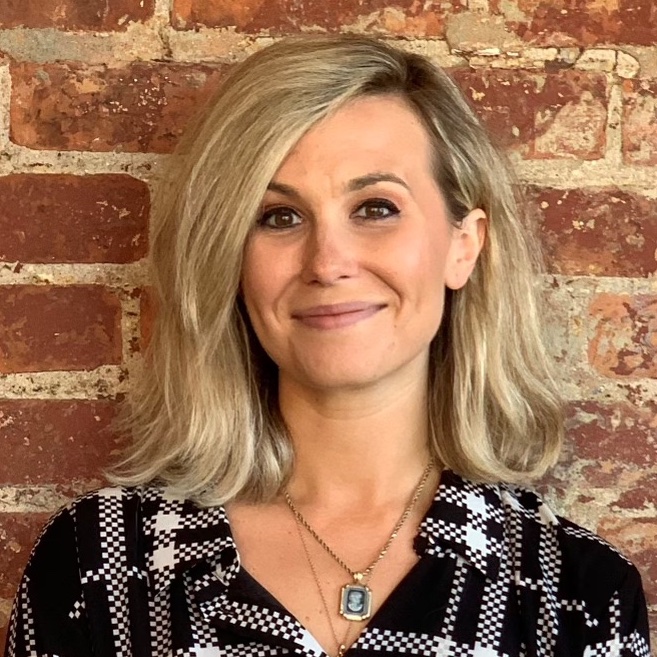 Sofia is Global Detroit’s Communications and Development Manager. She has a long background in community leadership within the Ukrainian community in metro Detroit and across the US. Sofia is passionate about the cultural diversity that makes Detroit special, and is a leading member of the Ukrainian-American Crisis Response Committee of Michigan, which coordinates humanitarian aid efforts and Michigan’s response to the war in Ukraine. Sofia loves reading, pop culture analysis, news podcasts, live music and crafting. 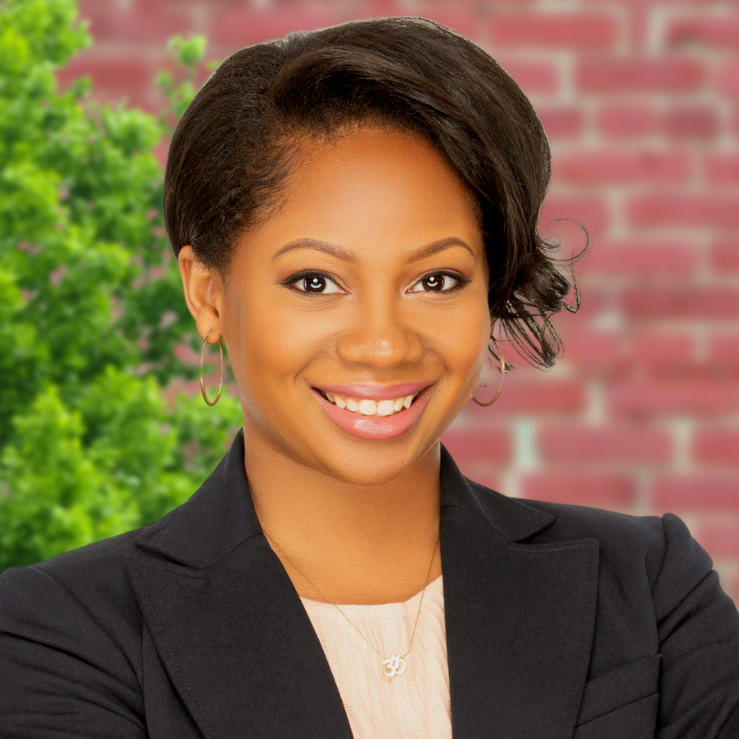 Ernestine manages Global Detroit’s Global Entrepreneur in Residence (Global EIR) program. Before joining Global Detroit, Ernestine served as a director of economic development and government relations for small business incubators, overseeing the expansion of entrepreneurship and small business development programs. She has also served on the staff in the Michigan Legislature, working closely with Lansing policymakers, and is a city councilperson serving Harper Woods. In addition to graduating from Wayne State University, Ernestine has studied internationally in China, South Africa and Russia. Ernestine speaks four languages, including Russian and Mandarin Chinese, and has traveled to more than 20 countries. 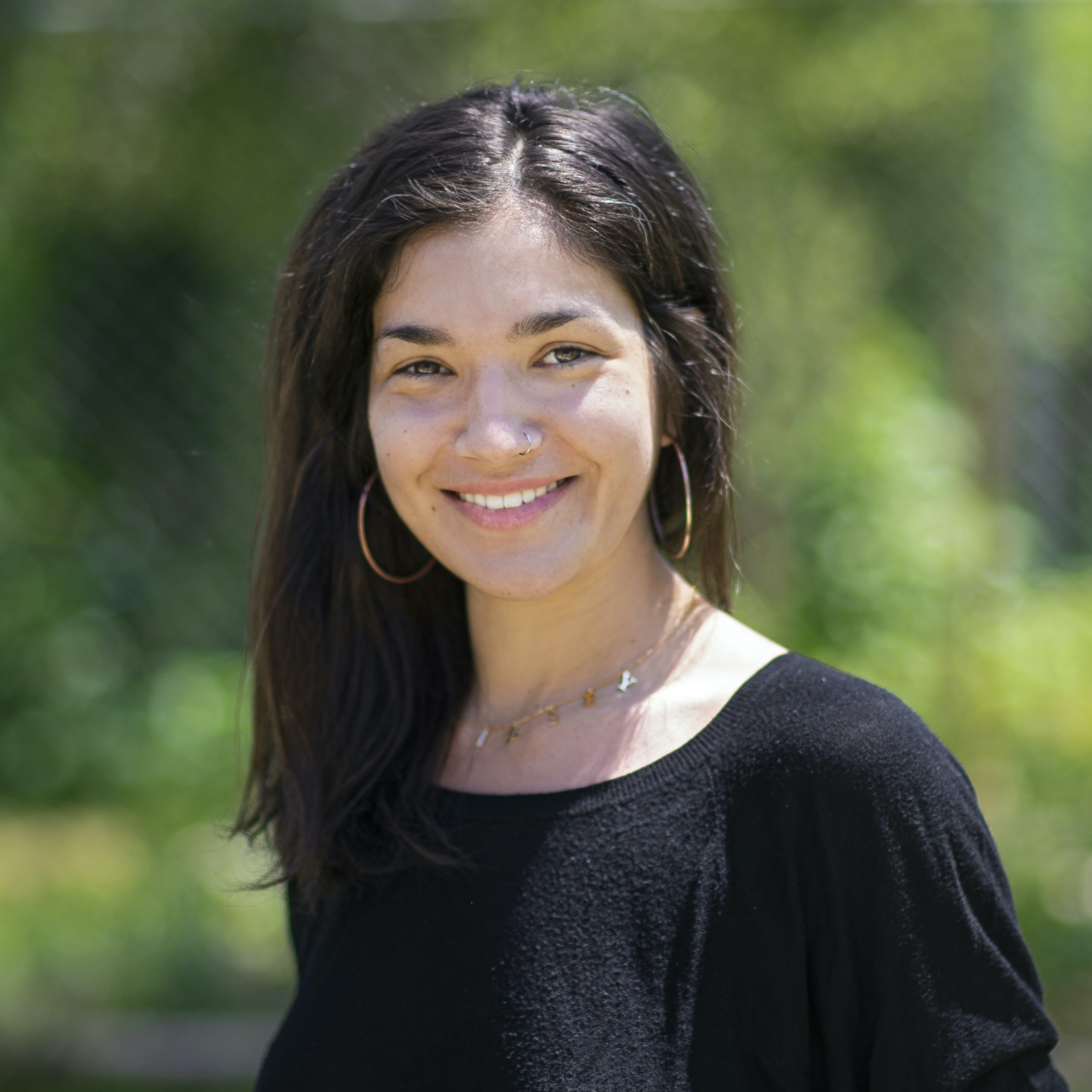 Kinsey supports the Global Detroit team as a thought partner, strategist and designer on all things related to information and data. She manages Global Detroit’s information and data systems, and works with the team to design and implement tools and systems to support their work. Kinsey is also a graphic designer, with a particular interest in data visualization, and supports Global Detroit’s communications efforts. Prior to joining Global Detroit, Kinsey spent several years in the workforce development system, designing and implementing innovative work-based learning and apprenticeship programs. In her free time, you’ll likely find Kinsey crafting, dancing or watching horror movies. 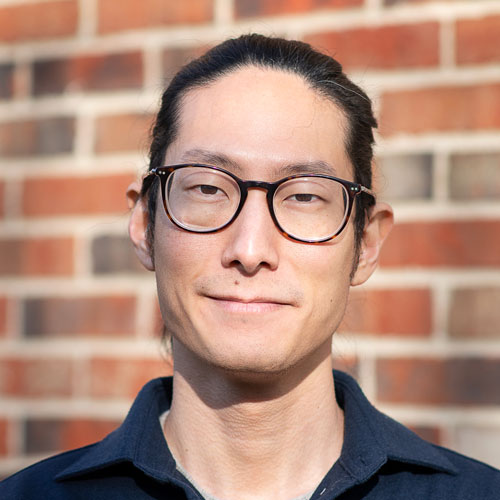 Scott coordinates a region-wide collaborative of refugee services providers and manages a program that improves the lives and homes of immigrant Detroiters through sustainable energy upgrades. Before joining Global Detroit, Scott worked as a freelance journalist and researcher in the Middle East with a focus on the Syrian refugee crisis. Through this work, he developed an interest in supporting migrants and asylum seekers. He has a master’s in International Migration and Public Policy from the London School of Economics and is passionate about climate change and learning about the weather. 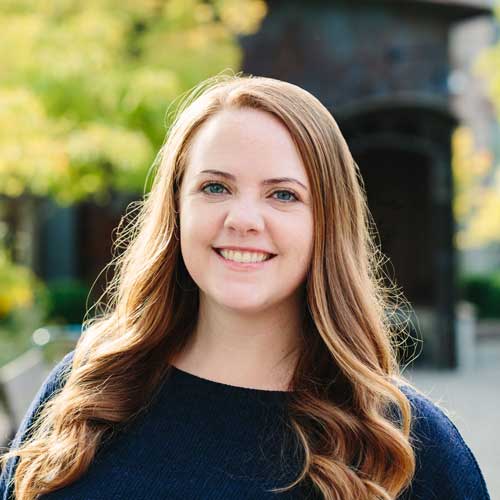 After spending some time in the Detroit tech startup scene, Ashleigh brings her unique skill set to Global Detroit where she works behind the scenes to help drive the mission of the organization forward. She ensures the organization functions smoothly and strategically, with oversight of office management, HR, scheduling and day-to-day logistics. Ashleigh has lived in Michigan all of her life and graduated from Western Michigan University where she studied organizational communications and met her husband. She is a mom to a pug mix named Maverick, a daughter named Cece and a son named Peyton. 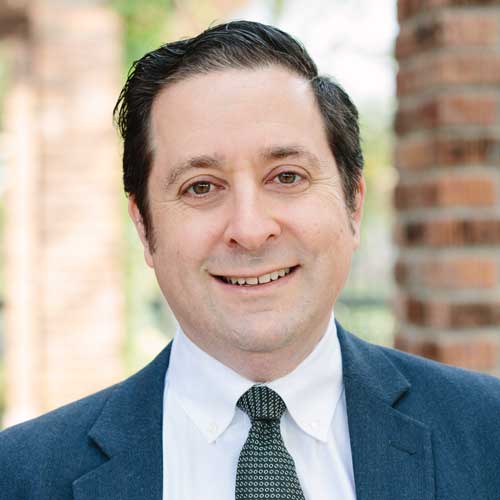 As Global Detroit’s founding director, Steve has led the growth of the organization from an 18-month research and engagement process to a thriving nonprofit organization regarded as a national leader in advancing immigrant-inclusive economic development. Steve also led the creation and growth of the Welcoming Economies Global Network, a 10-state regional network of immigrant economic development initiatives, and co-led the economic integration session at the Obama White House’s first immigrant integration convening. Prior to Global Detroit, Steve launched several other innovative nonprofit enterprises in community development and other arenas. From 2003-2008, he served as a state representative from Michigan’s 12th State House District in Detroit, ending his term as the majority floor leader. Steve co-directs the Michigan Political Leadership Program at Michigan State University. Full Bio

Steve has led the creation and growth of the Welcoming Economies Global Network (WE Global), a ten-state regional network of 20+ local immigrant economic development peer initiatives is helping to make the Rust Belt a leader in immigrant innovation. Global Detroit serves as the lead consultant for the entrepreneurship learning cluster in the White House’s Building Welcoming Communities Campaign, a Presidential effort to encourage local communities to engage in immigrant and refugee integration efforts. Steve also has helped to develop the Building from Within Alliance, a national network of local micro-enterprise initiatives targeting immigrants and low-income communities of color.

From 2003-2008, Steve served as the State Representative from Michigan 12th State House District in Detroit, home to one of the state’s largest immigrant communities, and ended his term as the Majority Floor Leader, the second-ranking position in the Michigan House. During his time in the State Legislature, Steve focused his work on economic development, but also wrote the Michigan Immigration Clerical Assistance Act to protect immigrants from predatory immigrant service providers, fought for in-state tuition equity for undocumented students, and opposed attacks on immigrants’ abilities to obtain Michigan drivers’ licenses.

Currently, in addition to serving as the Director of Global Detroit, Steve also co-directs the Michigan Political Leadership Program at Michigan State University, one of the nation’s premiere bipartisan political leadership training programs. He is the Managing Partner at New Solutions Group, LLC, a consulting firm in Detroit that provides innovative and creative solutions for the common good and that has extensive experience in community economic development, urban policies, and, of course, immigrant integration and economic development.

Steve was the co-founder and executive director of Michigan Community Resources, a business law pro bono program to provide free legal services to nonprofit organizations serving low-income communities across Michigan, and has served as the Interim Director of the Community Development Advocates of Detroit, the Detroit trade association for community development. He also served as the co-director of the Michigan Foreclosure Task Force and on the founding board of directors of the Community Economic Development Association of Michigan.

Steve earned his Juris Doctor, cum laude, from the University of Michigan Law School and a Masters in Public Policy from U of M’s Ford School of Public Policy. He was an Echols Scholar and holds a Bachelor of Arts degree in economics from the University of Virginia. Steve has been a Skadden Fellow, Equal Justice Works Fellow, State and Local Elected Leaders Fellow of the Democratic Leadership Council, and an Americorps Member. He has received numerous awards, including Crain’s Detroit Business 40 Under 40, Hour Magazine’s Generation Next, the Staebler Distinguished Alumni Leadership Award from the Ford School of Public Policy, American Bar Association’s Business Law Public Service Award, Corp! Magazine Diversity Business Leader, and Legislator of the Year for approximately a dozen various Michigan statewide associations and advocacy groups.

Steve lives in Southwest Detroit with his wife Sharon Dolente and two children. 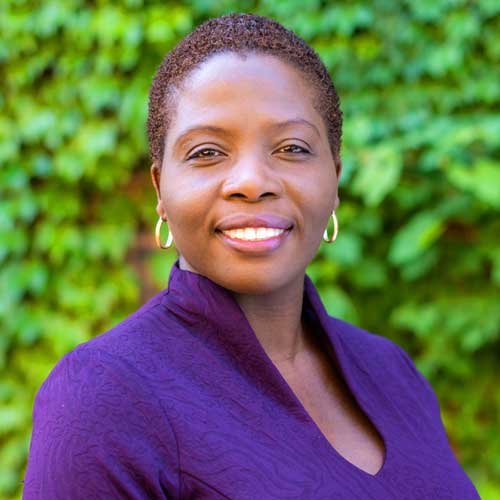