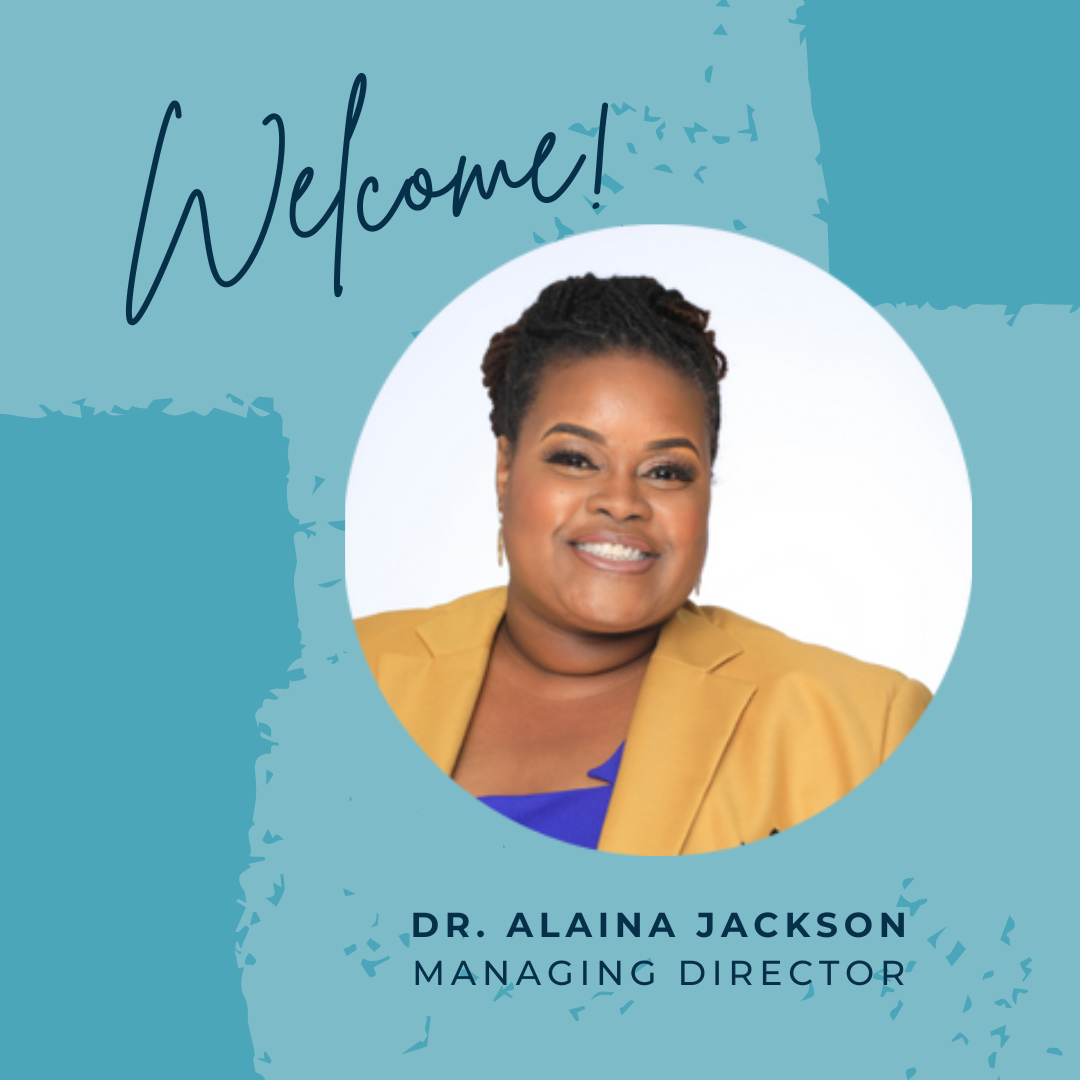 If there ever was a candidate for Global Detroit’s first managing director position who seemingly lived her life in preparation for the position it is Dr. Alaina Jackson. Her biography suggests a near perfect fit for the position to lead Global Detroit’s Southeast Michigan programming and operations. Dr. Jackson was born and raised in Detroit and is a proud graduate of Cass Technical High School. After high school, Dr. Jackson left the region to pursue her education at some of the nation’s top universities in Chicago (Northwestern University, BS in Communications) and Los Angeles (University of Southern California, MA in Planning, PhD in Policy, Planning and Development).

In between her undergraduate and graduate studies, Dr. Jackson lived and worked in eight different countries during nearly a decade of private sector experience at some of the world’s pre-eminent multinational companies, including a four-year stint in Mexico, as well as time in Brazil, Costa Rica, Germany and Spain.

Dr. Jacksons knows firsthand what it is like to be an immigrant. She recounts her experiences, “Being in a new place with new language and a new culture and wanting to fit in and understand, but also wanting to not lose myself. Wanting to create a new community as quickly as possible and learning the rules. You often learn by doing and, thus, can make a lot of mistakes,” she recounts.

Not only has Dr. Jackson learned what it is like to be a newcomer in another country, she has been able to observe closely what it is like being a newcomer to the United States. During her stay in Mexico she met and fell in love with her now husband. “Through my husband’s immigration journey, I saw the U.S. immigration process up close and I can understand how disappointing and painful it can be,” Dr. Jackson adds, noting that overtly racist comments were made by immigration officials to her husband. At the same time, Dr. Jackson is a true advocate for immigrants and immigration, particularly for the economic contributions that immigrants make and the impacts they have within their new American communities. She notes her own research that immigrants create economic activity and investment in neighborhoods that often need it. “Global Detroit supports that with a human-centered and equity mindset,” Dr. Jackson says, adding that she is attracted to working with Global Detroit and taking it to the next level since it is the rare organization that works on the ground and also focuses on systems level and policy changes.

Karen Phillippi, long-time chair of the Global Detroit board of directors, notes that the national search to find the organization’s first managing director was long and arduous, but that “once we met Alaina, we knew that we had found that special someone who could build off the first decade of foundational work at creating an inclusive regional economy and take the organization to the next level.” Karen notes that Dr. Jackson isn’t replacing founding Executive Director Steve Tobocman but will be working closely with him to build on Global Detroit’s vision and track record while at the same time leaving her own imprint on building and inclusive and equitable organization.

The creation of a managing director position synchronizes with Global Detroit’s growth and expansion anchored by a $5 million State of Michigan appropriation to Global Detroit for statewide global talent attraction and retention programs, as well as the organization’s stated desire to launch a new national center of immigrant economic development to bolster and proliferate the innovative work that Global Detroit and several of its peers have been doing over the past decade. Global Detroit projects to double its revenues and staff to more than 25 full-time equivalents in 2023 under Dr. Jackson’s leadership.

“The creation of a managing director position will enable me to concentrate on our new statewide expansion and the development of a new national center on immigrant economic development,” states Global Detroit’s founding Executive Director Steve Tobocman. “But bringing in someone of Dr. Jackson’s caliber and experience—not to mention her tremendous research background—really isn’t just going to enable Global Detroit to continue serving Detroit and Hamtramck neighborhoods and Southeast Michigan’s economy, it’s going to catalyze our efforts to build true inclusion and equity into our work. I think we have found a visionary and passionate leader who will really make everything we do better.”