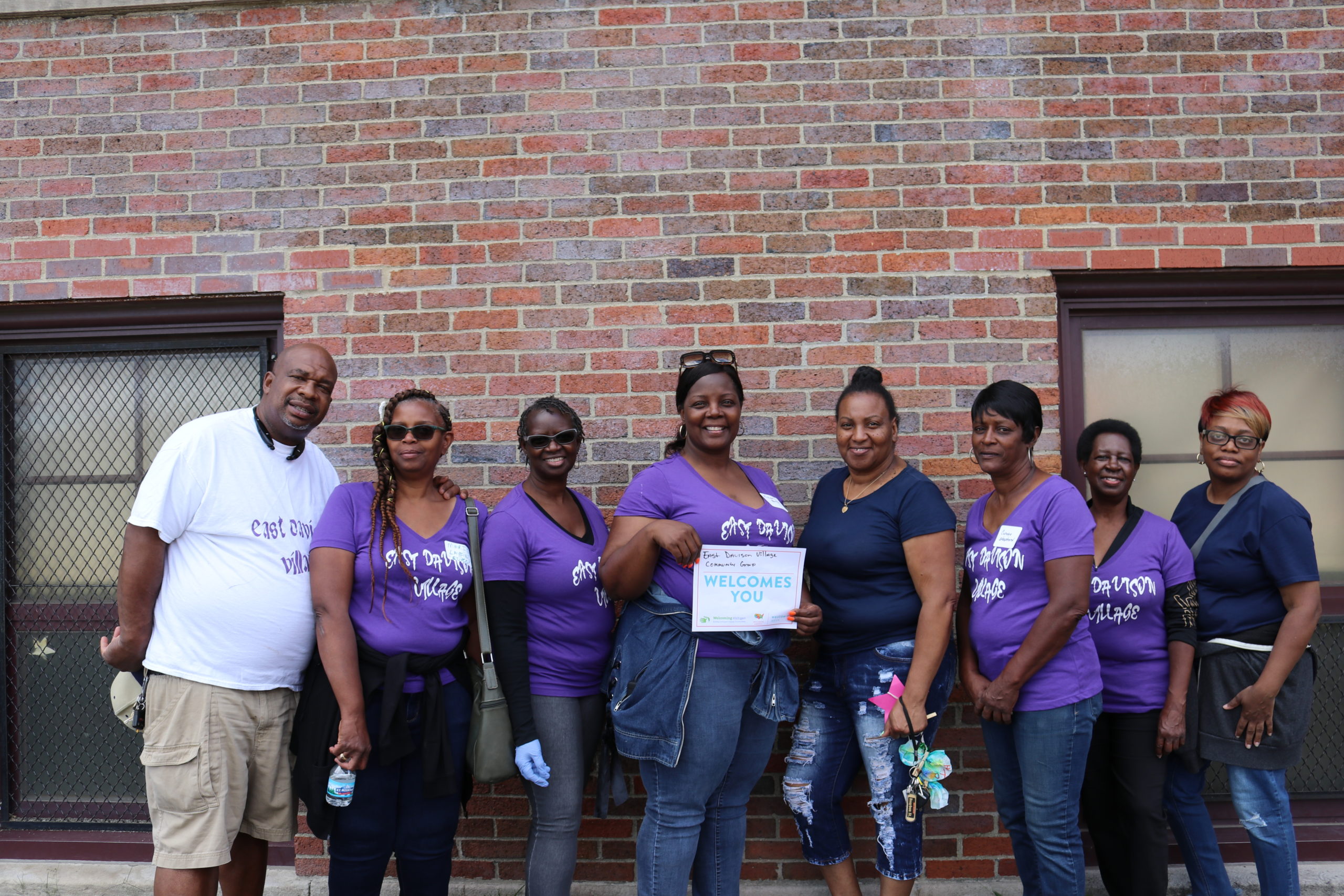 East Davison Village is a tight-knit, largely African American community where many residents have lived for generations and family members often live within walking distance of one another. The neighborhood borders Banglatown, and joining the long-time residents are new neighbors from Yemen and Bangladesh.

If you ask long-time East Davison Village community members what it was like to live there five years ago, you might hear residents say that they felt forgotten. Development was happening in other parts of the city–in fact, the words “renaissance” and “rebirth” were being used to describe certain parts of the city. But not theirs.

From inside the community, though, the story couldn’t have been more different. Community members were working together to clean up alleys, keeping vacant homes from falling into disrepair and looking out for one another. Residents who had grown up in the neighborhood were moving back. Things were happening.

In 2018, the  East Davison Village Community Group showed up in full force at the Campau/Davison/Banglatown Neighborhood Framework Planning process–a City of Detroit-led planning effort to reinvest in neighborhoods, streetscapes, parks and targeted economic development strategies. EDVCG community members were persistent in their call for a future that honored their neighborhood’s history and the people who protected their community, even in the worst of times. It was here that EDVCG built relationships with the City of Detroit, the Detroit Land Bank Authority and other important decision makers. These new relationships inspired EDVCG community members to band together and find new ways to coordinate within the community to establish a collective voice and a way forward, inspired by community members.

Around this time, EDVCG invited Global Detroit to partner with them to establish a nonprofit, attract grants and other resources to the neighborhood, and plan for a community hub in the neighborhood. Working with East Davison residents is directly in line with Global Detroit’s mission to build inclusive neighborhoods for all. We welcomed the opportunity.

EDVCG president Miriam Smith says that, over the last three years, Global Detroit has helped the group bring more consistency to their meetings and that group members feel more in contact with their neighbors. The group regularly conducts neighborhood cleanups and organizes a Back-to-School Resource Fair every August. Ms. Miriam says it’s been hard work, but she’s enjoyed the partnership. “ It’s a project but when you have the right individuals and the right gel, it’s not a job. It becomes pleasure,” she says.

In June, the group realized a major milestone when they received their nonprofit designation. They are now qualified to purchase a home from the Land Bank and they are currently reviewing architectural drawings. Working with Global Detroit staff and community engagement consultant Orlando Bailey, and with support from a Kresge Innovative Projects grant, the group has created a plan that lays out their vision for the hub and the future of their neighborhood.

The hub will provide family resources and youth programming, and serve as a neighborhood gathering space. “We want to beautify the area around Davison Elementary so when the kids look out the window at the school they say, ‘Wow, that’s beautiful,” and it puts their mind in the right frame, “ Ms. Miriam says. “They can go to the hub, get something to eat, work in the computer lab, have mentors, have someone to wash their uniforms.”

The group, in partnership with 20 Books, has received a grant from Detroit Future City to purchase and beautify vacant lots, and they are participating in the City of Detroit’s City Edge lot improvement program. The group recently met with Mayor Mike Duggan to discuss their priorities.  “Our voices are being heard more so now,” says Ms. Miriam. “It needs to be because, historically, we’ve been there forever. We’re rooted, you know.”