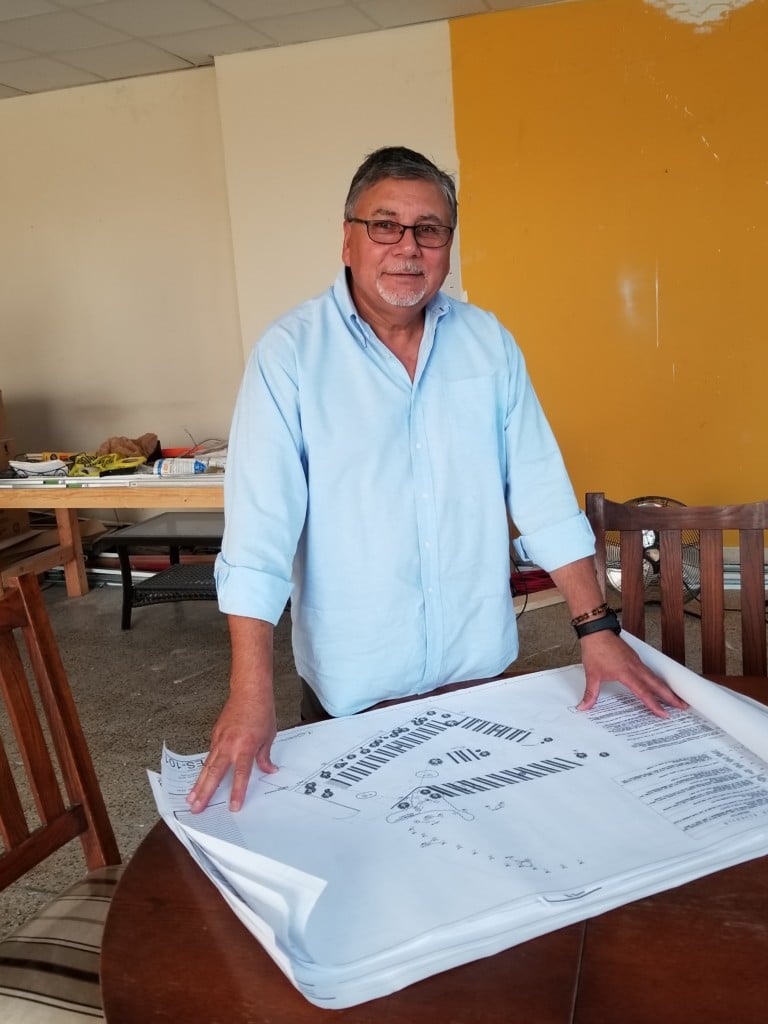 Situated in an office on the second floor of an old bank building that dates back to the 1930s are the headquarters of Latino Press, the newspaper Elias Gutierrez launched in 1993. “I came from Chile in 1991. Just like everyone else, I was looking for a better opportunity,” he said. “I took work painting, gardening, landscaping and anything else I could find to support myself.” Soon after his arrival, he established a Hispanic newspaper, even though he had no experience in the field of publishing and words like software, screen, Pagemaker and Macintosh were foreign to him. “I had that immigrant entrepreneurial spirit. When my friend in Grand Rapids learned I was working in Publisher, he said it was for a child and taught me Pagemaker, step-by-step, over the phone.”

By day, Elias continued to work as a painter and landscaper. By night he was learning the newspaper business, often working on his paper until two in the morning, then rising early to be at work by 7 am. Finally, after five years of trial and error, his paper became profitable, so he gave up his day jobs to become a full-time publisher. Today, Latino Press is the most recognized Hispanic media company in Michigan, and his organization provides services to five other Hispanic publications throughout the U.S. In addition to publishing Latino Press, Elias produces the Metro Detroit Hispanic Directory, which contains relevant information in Spanish to help immigrant families deal with legal, health, financial, educational and business development issues.

Recognized as a leader and an advocate in the Hispanic community, Elias’ unwavering commitment has led to many special initiatives brought about by his partnership with other organizations and sponsors. They include health seminars, immigration workshops, and his popular Mother’s Day baby shower where low-income mothers-to-be receive baskets filled to the brim with newborn essentials. His Backpack Giveaway supplies hundreds of low-income students with backpacks and school supplies every year.

In addition to his newspaper offices, Elias is renovating the first floor of the bank building to house his newest venture – a co-working work space incubator.

He wants to collaborate with other incubators in the area to offer business seminars for their tenants. “I have many young people who come to me for business advice. I didn’t have that. I want to help them be successful. I want them to be able to come here and speak in their own language to get advice.” He believes their success will lift up the entire community. He went on to say that working together is the only way to make life easier for immigrants and others. Inclusion and assimilation are essential for success.

In recognition of Elias’ deep work in the community and its far-reaching impact, Global Detroit will recognize Elias with our 2019 Community Entrepreneur award at Tapestry, our annual celebration. “It’s a really good vision for what people need – more immigrants,” Elias says of Global Detroit. “But it’s more than just immigrants. It includes everyone. The team has the same view as I do about working for the good of the whole community. He says he is accepting the award not just for himself but for all the other immigrant entrepreneurs — businesses that make the community a success.